How to Prepare for Your Club Volleyball Tryouts 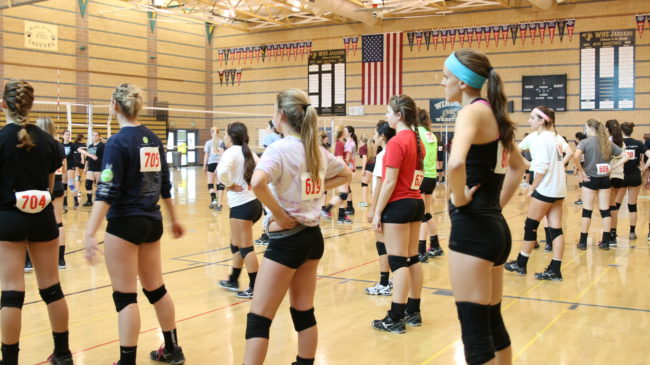 Club volleyball can be quite exhilarating. It’s extremely competitive having high-level athletes. In case you like playing volleyball, it’s really good to become a part of a club volleyball team as it provides you with a true challenge. Due to this elite, high-level play, tryouts are usually organized to match athletes with all the best team possible. Whenever people hear the word tryouts, they often get a bit nervous. It is completely normal, however there’s absolutely nothing to be scared of! Having appropriate expectations and preparation, you could nail the tryout. Now we will have a discussion about how you can prepare yourself for the club volleyball tryout.

What You Should Expect

Don’t be scared whenever you go to tryouts. All of us have some butterflies – no matter whether it’s their first tryout or their 20th. The secret is to put your nervousness to great use and play the game harder. Tryouts for club volleyball are usually conducted for a period of several days. During this period, coaches would be evaluating your abilities, among other attributes. With regards to what to expect, it’s not very much distinct from the usual practices which you have performed in way back when. You could expect to run a number of exercises and scrimmages. The exercises would be concentrating on various skills, hence the coaches could get an entire picture of what sort of athlete you are and where you may best fit in their team.

Practice, practice, practice! As cliche as it might seem, the most effective way to prepare for such tryouts would be to hone your skills every single day with effort and of course practice. Bear in mind though, even if your skills can play a huge role in the coach’s decision, it’s not just the factor at play. Having hussle as well as a pleasant attitude is very important. A person can be incredibly skilled, however if they’ve got a horrible attitude and problems following instructions, coaches may not wish to experience all the trouble of getting them on their team. Demonstrate to the coaches that you are there to play seriously and become part of an awesome club volleyball team.

Do your very best and have a great time. Remind yourself on the following tips prior to tryouts: